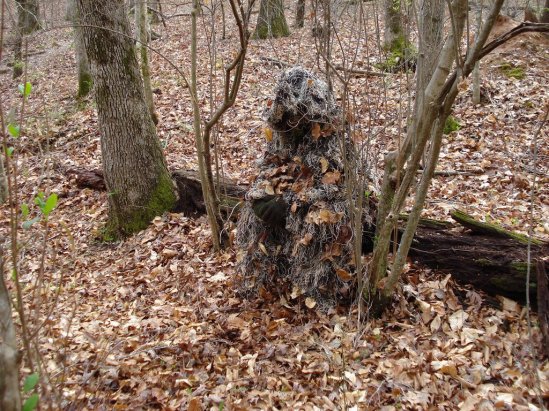 One late afternoon I was piddling around in my shop when I get a text message from my son. He wanted to try out the effectiveness of his newly finished ghillie suit. He sent me some real general directions to the back of the property where I was to look for him hiding in plain sight. Now, I haven’t seen his new suit so I have no idea what I’m looking for. As I set off on my trek I remembered my Air Force field training which was to look for a few things. First, look for that piece of nature which looks too perfect because nature is one imperfection after another. Second, look for un-natural shapes and oddities which don’t look out of place. Third, look for the straight lines and solid colors. Now, these are good skills to know what to look for when someone is hiding from you to either elude you or to kill you. There are also good to know because the reverse goes into play when making oneself invisible in the environment. When I get to the described location I see that I’m in the area we have roped off to play paint ball with friends and family. All I can think is this will be an ambush of some sorts.

I walked past the back side of the downed tree twice, once going out towards the ridge facing the river and the return trip. It was not until I came around to head back to the river when something caught my eyes, solid color gloves. Busted. Being color blind I have a true unfair advantage because I focus more on the shapes in the woods and not the colors. I would have walked right past him another time if it weren’t for the gloves. But, I wanted to screw with him a bit before I let him know he had been found. I pull out my cell phone and call his mother to tell her we will be a little late for dinner and why. I put my phone in my pocket, turned, and walked away, but not before snapping a picture. I headed to the house and texted him to tell him he did a great job and to head back in. I don’t know if he knew I knew he was mere feet from me so I sent him the picture.

His reaction was different than what I expected. He text me back and told me he will fix the glove visibility. That was it at that time. At dinner time he explained how he watched me walk by him both times and how easily it would have been to unleash a barrage of orange paint balls onto me. He said he considered it but I was wearing my good jacket and my good boots so he waived embarrassing me at that point in time in history. He bragged quite a bit, which is great, because he did an awesome job. We both know I would have been a kill. So, dinner was full of excitement and stories. It’s nice, for me at least, to be able to still go outside and not have to wonder if my kids are still on their phones for whatever reason. You know it’s not enough to be un-plugged any more, we have to have something that competes for their time. Just let it be known that when it is time out here, there isn’t too much competition.

I look forward to our next time out back in our  woods, I better bring my “A Game” because I know I will not be given a second chance twice. Perhaps the next time I bring re-enforcements because multiple sets of eyes are always better than one. My son is always amazing me with what he can come up with and I think that is one reason why he always keeps us guessing as he gets older. Until our next time in the woods ……………… 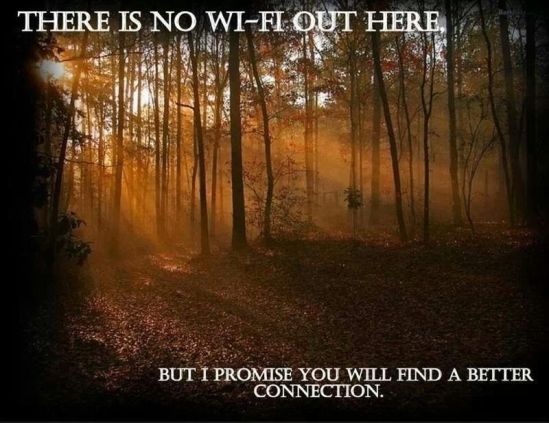