It was recently bought to my personal attention by a very eager contributor to The Scorpion Army that I skipped anything about Valentine’s Day yet another year. It’s true, I do skip it, it’s a stupid “holiday” in my opinion. I truly dislike absolutely everything about it, especially the commercialization of how one is to show love or affection. It just blows my mind the amount of money dole out, and for what? I could mention Christmas and Easter as well, but we’ll get back to those another day altogether. Since I’m way behind on the whole email reading thing I’m just now getting to this one, I hope she understands. But, this is an interesting look at the iconic Valentine’s Day heart’s origin, or at least one opinion, and if nothing else it sparked my interest a little. I’ve said for a long time that the worship of the ass of females should be a religion. Anyway, I don’t know where she got the information below or how accurate it is, but it made me smile, so I chose to share. 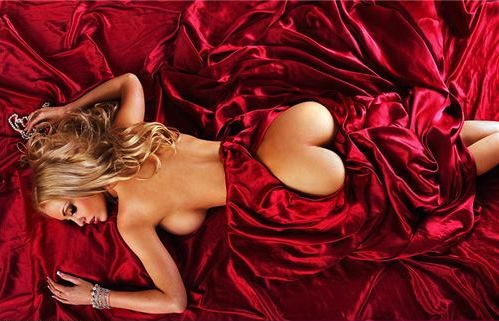 The familiar double-lobed heart symbol seen on modern day Valentine’s Day cards and candy was inspired by the shape of human female buttocks as seen from the rear. The twin lobes of the stylized version correspond roughly to the paired auricles and ventricles of the anatomical heart, but is never bright red in color and its shape does not have the invagination at the top nor the sharp point at the base. The ancient Greeks and Romans originated the link between human female anatomy and the heart shape. The Greeks associated beauty with the curves of the human female behind. The Greek goddess of beauty, Aphrodite, was beautiful all over, but was unique in that her buttocks were especially beautiful. Her shapely rounded hemispheres were so appreciated by the Greeks that they built a special temple Aphrodite Kallipygos, which literally meant, ‘Goddess with the Beautiful Buttocks.’ This was probably the only religious building in the world that was dedicated to buttock worship.

What the traditional “heart shape” actually depicts is a matter of some controversy. It only vaguely resembles the human heart. The seed of the silphium plant, used in ancient times as an herbal contraceptive, has been suggested as the source of the heart symbol. The heart symbol could also be considered to depict features of the human female body, such as the female’s buttocks, pubic mound, or spread vulva. The tantric symbol of the “Yoni” is another example of a heart-shaped abstraction of a woman’s vulva.