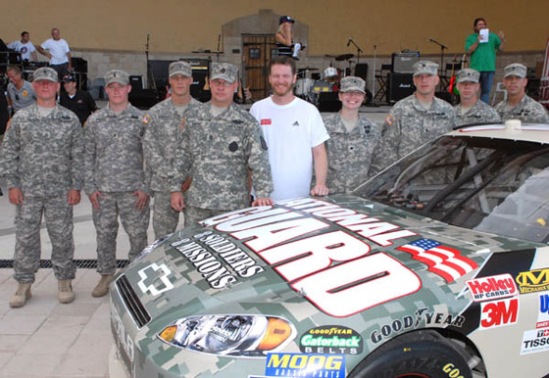 Dale Earnhardt Jr. has a need for speed. The National Guard has a need for the best and brightest that America has to offer. At first glance, a sponsorship with a member of NASCAR royalty and one of the sport’s most popular franchises would be a lucrative opportunity for the National Guard’s recruiting efforts. But five years and over $136 million later, the Guard might consider putting this partnership in reverse. Out of the 24,800 individuals who contacted the military branch directly because of the sponsorship, only 20 were qualified for military service and none of them joined. Earnhardt may be able to go from zero to sixty in a few seconds, but when it comes to recruiting efforts his sponsorship is still in the pits.

Not a single person has joined the Army National Guard as a result of the $136 million spent sponsoring race legend Dale Earnhardt Jr. over the past five years to recruit new members. But the National Guard just keeps doubling down on its bet. They’ve signed on to be a sponsor for Earnhardt’s 2014 season. With a shrinking defense budget, this is one case of spending that might be ready for the caution flag.