Recently my son, as a homework assignment, was asked to prepare a paper explaining the nature of duality. I was asked to help explain, and of course, the first thing that pops out of my mouth is the short quote from the movie Full Metal Jacket, the duality of man to destroy itself: in order for peace, you must prepare for war. Eventhough I could have set him up writing his entire paper on the dualities shown in the movie, it was decided to do more research. Oddly enough, almost everything we found was based upon something religious, a route we didn’t want to take, but we found the following information and more which used some very clever examples, so I wanted to share. It made me think, perhaps it will provide y’all the same.

As you read these words, multiple layers are at work to generate what you currently experience. These layers exist independently of each other and yet interact almost directly. The first layer, the one most of us are most sure of, is yourself: your mind, your consciousness, that which experiences. The second layer is your body: your brain, the flesh and bone that contains and produces your consciousness, that which translates external stimuli as sense experience. The third layer is the rest of the universe: an entity within itself, of which you play a part but cannot understand and perceive directly (because the second layer, your body, acts as a barrier).

The separation between the first and third layers is the cause for the “duality.” It is precisely because your mind cannot directly experience the universe that a duality is formed, which separates understanding, meaning, and truth into two parts: relative and absolute.

What is the Duality?

Simply put, the “duality” is the nature in which anything and everything holds opposing truths: all of which are true. The infinitely small is also infinitely big and vice versa. Our Earth is an enormous planet but also a mote of dust suspended in space. The villain and hero are both each other: it is all perspective. So long as the body acts as the middleman between the consciousness and the universe, everything we perceive as truth is only relative.

However, this does not mean that relative truth is unimportant or meaningless: truth is truth, even if it is a relative one.

Why is understanding the Duality significant?

Understanding the duality of all things is important because it allows us to see from other perspectives. The more important part of understanding the duality is seeing that all perceptions are RELATIVE and therefore separate from the inherent, physical reality. There is the distinction that the mind is not the body and vice versa; we can perceive the world but we will never know it.

Examples of Duality in Perspective

The True Color of The Flower

*Key point: The body’s perception of the flower is distorted, so the reality experienced by the mind becomes only relative. Because each of our experiences of the universe have to first pass through a flawed medium (the physical self), the final experience we receive is impure and diluted. The colors they each see are real and false at the same time. Each person witnesses a different color. What is thetrue property of the flower itself? Does it have no color? Or is it all colors? The answer to this lies in the realm of the absolute, something our physical bodies cannot translate or experience.

What Happened When The Man Was Shot

A man is shot in the back, killed instantly by a passerby. There are several witnesses and this is what they say. A woman says that it happened very quickly and that it looked painless and calculated, as horrible as it was. A child says that it was the longest happening he has ever seen; he wonders why no one saved the person. A man says that this was a tragedy, and that “random” and “senseless” violence is disgusting and pitiful. A man says he saw the gunman earlier pacing back and forth near a bus stop, like he was planning something. One last girl says that she knew the man who was shot: it was an ex-boyfriend that abused her; she says it was good riddance. The perceptions they have made are both true and untrue.

*Key point: It is both random and not random depending on perspective. The perspective makes your personal observation true and untrue. It is random if you believe it to be, but it is also not random. The tragic nature of the killing is also a perception. Something is tragic only in relation to one’s own beliefs. Is it tragic that the man died? It is all perspective. The variable of time also comes into play: time just is, but it is also perceived and measured at varying levels. To say that something happened quickly or slowly is a perception of time. Time only flows at one speed, but is perceived on infinitely different levels.

I have a house. I say the house is worth $100,000. A real estate appraiser says it’s actually only worth $90,000. A monk says it’s worth nothing. A monopoly owner says it’s worth $300,000 and he’s willing to pay cash upfront for it. A bird flies by and shits on it and doesn’t consider its worth whatsoever. A kid, who is the son of the previous owner, thinks that there is no price that can match the value that it means to him because he has lived there his whole life until his family moved out. Who is right?

*Key point: They are all right and none of them are right. The house has no inherent value because all the values given to it are relative to the person ascribing the value. The relative nature of value means that there are no true values for anything because everything is based on perspective. This is the separation of mind and matter. Because these values are relative, the house itself has no set value; it can be changed at any time. The significance of this very liberal nature of values is covered in my last point below.

The Relative and the Absolute – The Nature of Duality

The true significance of understanding the duality is the further understanding that nothing we perceive is set in stone. This means that old perceptions, ascribed meanings, and other “truths” can be overturned and rewritten. We as beings of perception are free to change our perspectives and ascribe new, relative values to things. We can overturn old traditions and ways of living and running society and install newer ones that we“see” fit. The duality makes us more humble when we come to understand that all distinctions are relative to something. To say we are “intelligent” is a relative statement, but this relativity goes both ways: in relation to ants we are more intelligent, but in relation to the rest of the ever-expanding universe we are likely not that intelligent (the possibility of more intelligent life in such a massive and mostly unexplored universe is extremele probable). Any perceived value is not an absolute truth but a relative one; a truth that we can empower or destroy at any time.

The False Nature Allows For The Redefining of All Things

The nature of duality is what makes society as a whole a collective “illusion”, a collective perspective or angle of looking at something. It is a true and real angle but doesn’t account for all possible angles. It cannot be all the possible angles; perception is limited to one angle. This is important to understand because it means that we can collectively view everything from another angle, a possibly better angle. To say that money is this important, that a thing is taboo, that one race is better than another, that one sex or gender is superior, or this distinction and that distinction… is seeing things from one angle. These are all relative truths, and they are far from absolute. Although these perceptions are true and false at the same time, it is their false nature that allows for the redefining of all things.

That is all. Thank you for your time, and practice this understanding by not clinging too tightly to a single way of thinking. 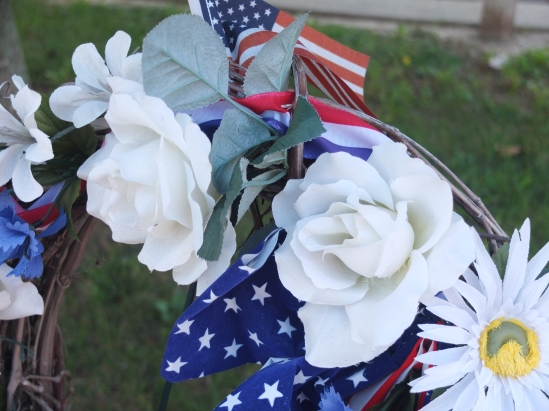 My son wanted to have a few words with me about my military service so he could do an essay on a relative who has been in the military. Not unlike my on-line life, I don’t talk much about myself personally and how I was affected by different aspects of my time in the United States Air Force. Sure, I talk about places I’ve seen or people I have met but I rarely talk about the uglier side of having served. Even after all the years I still don’t know exactly how to put it into words and make it understandable. I have never chose to block out certain things but I do put them way back in a dark place where they won’t be bothered. These things make me angry, they make me sad, they still confuse me a bit, and I think they will always be uncomfortable for me to talk about to someone face to face. I asked my son if he would let me take the opportunity to just write down some things and he can pick and choose what he feels is useable and appropriate. The following is what I wrote.

I have learned to not discuss the wounds I have, some physical, some mental, and some which can’t be explained. There is not training for dealing with life after seeing the weapons I have built function as designed. The wounds of our bodies heal in time but the wounds to the mind have no cure. I have to live with my demons now and for every day until I pass. I have learned to put my hurts behind me. I still feel things that hurt me deep to my core but I have learned that people don’t understand because they have not seen what I have seen. I have found, not by choice, that there are memories which are blocked because I know I don’t want to remember them, I don’t have a need in my life to relive certain aspects of my prior life. I am very proud to have served my country in the United States Air Force and have very deep respect and admiration for anyone who makes the choice to serve in our Nation’s military. I try not to dwell on friends I have lost, those who have paid the price in full, and I know that it is because of we choose to serve that we protect the future of freedom for many generations to come.”

My son copied word for word what I wrote in seclusion into a handwritten two paragraph essay which he was very pleased to turn into his teacher. He informed his mother, with tears in his eyes, that he did not care what grade he would receive because he just was happy to turn in the words of his dad. He walked to me, reached out to me, hugged me with a squeeze I had never felt from anyone, and then he looked up to me with a sad face to say “I’m sorry dad, I love you no matter what”. I didn’t want to let him go, I didn’t want the feeling to ever end. He gave me a new memory that day, a memory of a son’s love for his father, it is unconditional.